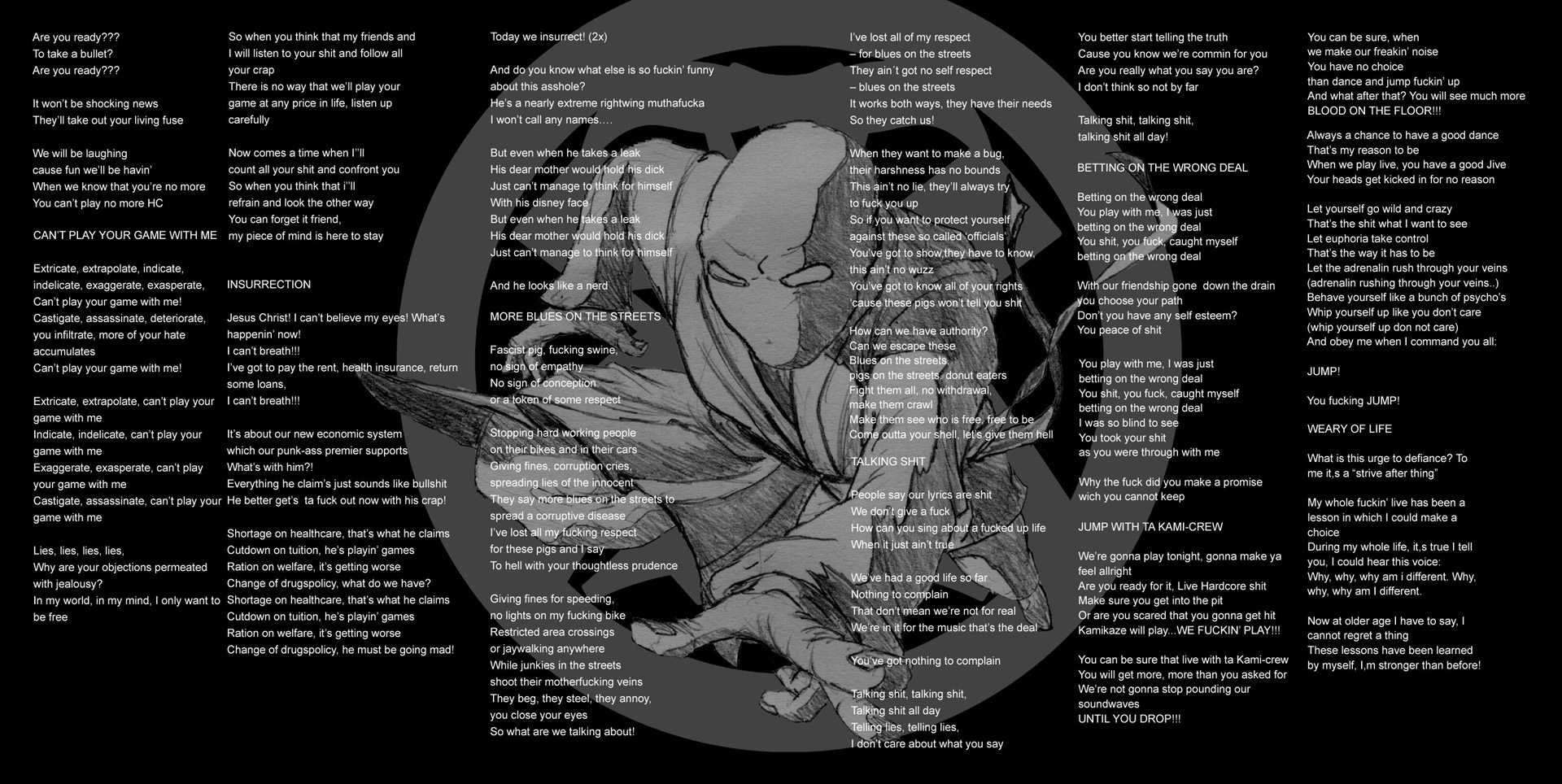 The Pororoca album, refering to a way of expressing the act of destroying everything, was released in 2004. Released only one year after the “Vile Vision of Hardcore”, the 10 songs on this 3rd Kamikaze full album represented an even more aggressive, up-tempo, grooving, matured and more complex choice of arrangements.

This album contains true Kamikaze classics like “Betting on the wrong deal” and “Talking Shit”.

The pororoca (Portuguese pronunciation: [poɾoˈɾɔkɐ]) is a tidal bore, with waves up to 4 metres high that travel as much as 800 km inland upstream on the Amazon River and adjacent rivers. Its name comes from the indigenous Tupi language, where it could translate into “great roar”. It could be also a Portuguese version of the term poroc-poroc, which in the native indigenous’ language was a way of expressing the act of destroying everything.